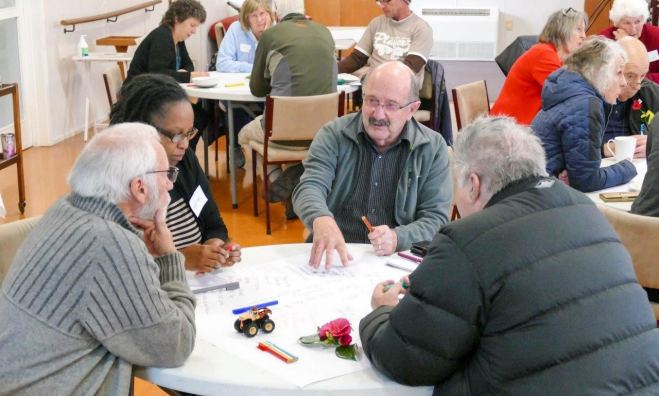 We Can Do This!

Brightwater, a small town close to Nelson, hosts the Anglican congregations of St Paul’s and St Michael’s. They share a leadership team and minister Paul, but they meet in separate buildings, have different church cultures, and practice very different styles of worship. Nevertheless the Redemptive Family church series and particularly the weekend conversation at the end facilitated by the Love Your Neighbour team was able to draw them together and help them find common ground. They also have new hope for the future as a result!

What happened to lead them to this point? Both congregations have been diminishing in number, being predominantly older folk. They had tried different things, but weren’t sure how to reach their community with the gospel, and yearned to thrive as a church family. Some folks in one congregation got hold of the Redemptive Family book, were inspired by it, and passed it on to Paul, who passed it on to the leadership team. The team was interested, but wanted to see the principles in action, so together they flew to Auckland to visit church@126, the church plant in Pt Chevalier based on the principles in the book. They found that doing church this way feels ‘ordinary’, but in a good way. It is relational, easy to do, and simply works! They went home saying “we can do this!”

And so each congregation spent six weeks laying the foundation. They went through the Redemptive Family church series, which consists of daily devotional readings and a weekly survey, supported by a sermon series and small group studies. Through the surveys  the leadership could hear from them and understand what they were thinking. In the process a common language and understanding of what it might mean to be a church family on a mission together was forming. After the six week journey, the Love Your Neighbour team led both congregations through a weekend conversation using the Appreciative Inquiry process.

The question they pondered over the weekend was “How do we be a family that others want to be a part of?”

The weekend began by giving everyone a chance to relate their story of when being part of a church family was exhilarating for them. Over the course of the next hours they dreamed together of what the future might look like, and then each congregation came up with a practical experiment to make the dream a reality.

If anyone was apprehensive about how the weekend would go, mixing the two congregations, fears were quickly dispelled. They were able to share enthusiasm and energy, come to understand each other, and realise that they share the same heart for reaching Brightwater.

On top of seeing two congregations taking steps to become intentional families on mission, it was a pleasant surprise to have a ministry team from the Diocese office attend the workshop. One member of the team was impressed to see “people put legs on an amorphous idea”.

“This process is genius!” enthused another.

One congregation’s experiment, called “Servants of Brightwater”, focuses on finding and meeting needs in the community, and inviting those they help to join their church family.

The other congregation devised an experiment called “More Than Sunday”, a plan to help them get to know each other and grow as a family that welcomes others through intentional gatherings outside of the formal Sunday service. 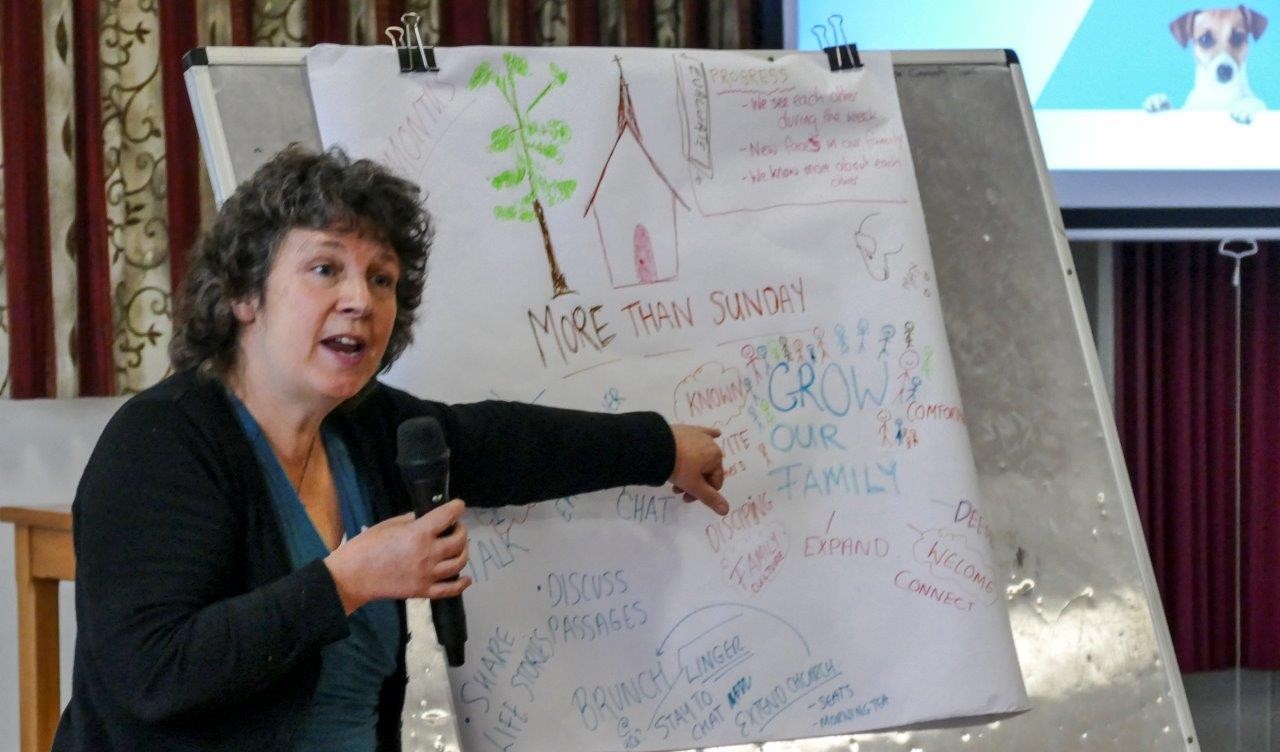 Here just a few comments made by participants on their evaluations:

“Progressing from quiet optimism to excitement! Realising we can make this work!”

“Excited about helping our community, excited about our future, for saving the lost and getting my friends and family to meet my church family!”

What encouraged me about this story is seeing that you don’t have to be the church leader to bring about positive change, it can come from within the church family - in this case, someone taking a book and saying ‘Hey, read this!’