In August, Timo and his wife Frances were invited to speak to the Matamata Rotary Club.

It was Timo’s first time speaking at a Rotary Club, and he discovered that these clubs are all over the country, consisting of local businessmen who assist in helping the local community by sponsoring students to volunteer overseas or by raising funds for local causes. 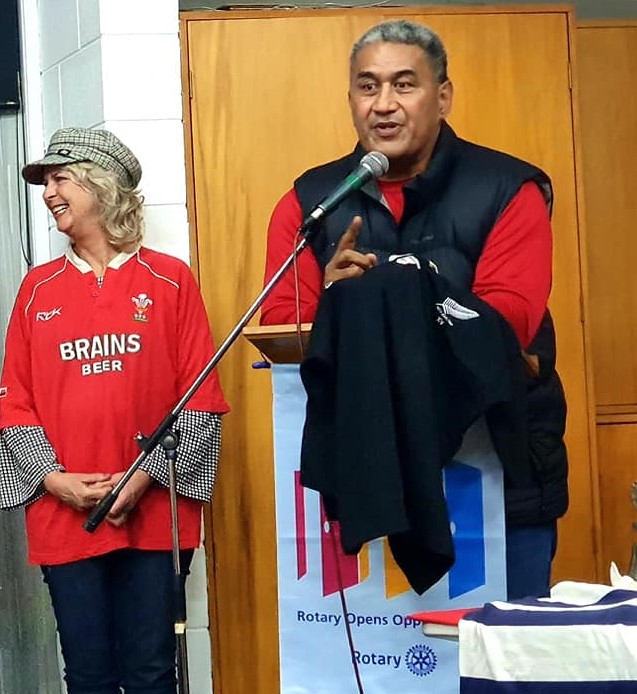 Timo was welcomed to share his rugby story  and began by showing his rugby highlights video, which was a great icebreaker with the locals, creating a more “welcoming” attitude from the audience. He then shared how important his faith is to his personal and rugby life. Timo and Frances had invited some friends, Rodney and Karen, whom they had previously met in Matamata. Both of them seemed to enjoy the evening, as they love rugby and know many people from their business community. On the drive home that evening, Frances mentioned that she thought that perhaps Karen wasn't a Christian, even though Rodney is. They had talked for almost the whole evening and Frances noticed that while Karen mentioned her schooling, her career, her family etc., she’d said nothing about her faith background.

The next morning Timo woke earlier than usual, sensing a prompting from the Lord that he needed to share Christ with Karen and that they shouldn’t leave until they had done so - Not something that happens everyday!. After explaining this to Frances, she also thought they should obey the Lord and try to connect with Karen and Rodney.

So Timo rang Rodney and asked if they could drop by for a coffee on their way back to Auckland. It turned out Rodney would be out when they would be there, but Karen would be home - a great opportunity for Timo and Frances to see Karen on her own. Karen welcomed them in, and they chatted about what she thought about the Rotary dinner. Karen said she really enjoyed listening to Timo’s story because she loves rugby. As the conversation went on, Timo asked Karen if she understood his explanation of how he became Christian, and if anyone had shared about how she could know Christ personally. As it turned out no one had shared that with her before, Timo then asked, "If you could know Christ in a personal way, would you be interested?". She replied, "Yes."

Timo had a Knowing God Personally booklet in his wallet that he gave to Frances, who went ahead and shared the booklet with Karen. As they went through it together Karen seemed very attentive and interested. She didn't have any questions, despite being asked. It seemed God had already prepared her heart. Eventually, Frances had the privilege of praying with Karen as she asked Jesus to forgive her! Timo and Frances were amazed and excited to see how God worked in Karen's life and how she was open and ready to have trust in Jesus!

Unfortunately Timo and Frances had to head back to Auckland straight away, so they couldn't stay to celebrate. They asked Karen to tell Rodney about her decision to become a Christian. On their drive home, Timo and Frances got a call from Rodney, who was excited and encouraged that Karen had come to Christ. He and his friends had been praying for her for some time. He thanked Timo and Frances for obeying the Lord's prompting to share the gospel with her. Rodney was so excited that he had called Timo and Frances before he even got home to see Karen!

Since then Timo and Frances have completed doing follow-up Bible Studies with Karen and Rodney over Zoom. Please be praying for them as they grow together in their walks with God. 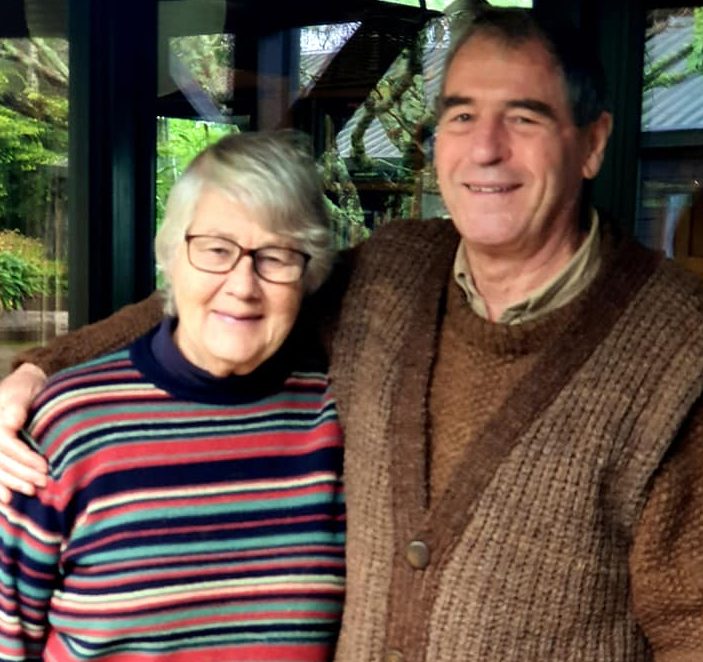 It's these kinds of God stories that lead us at Tandem to be so thankful for you, your prayers and support. We could not do this type of ministry or see lives changed like this without you. Luke 15:4 says “There is more joy in heaven over one sinner's rescued life than over the ninety-nine people in no need of rescue.” We thank God for you!

Waiting to Hear the Gospel