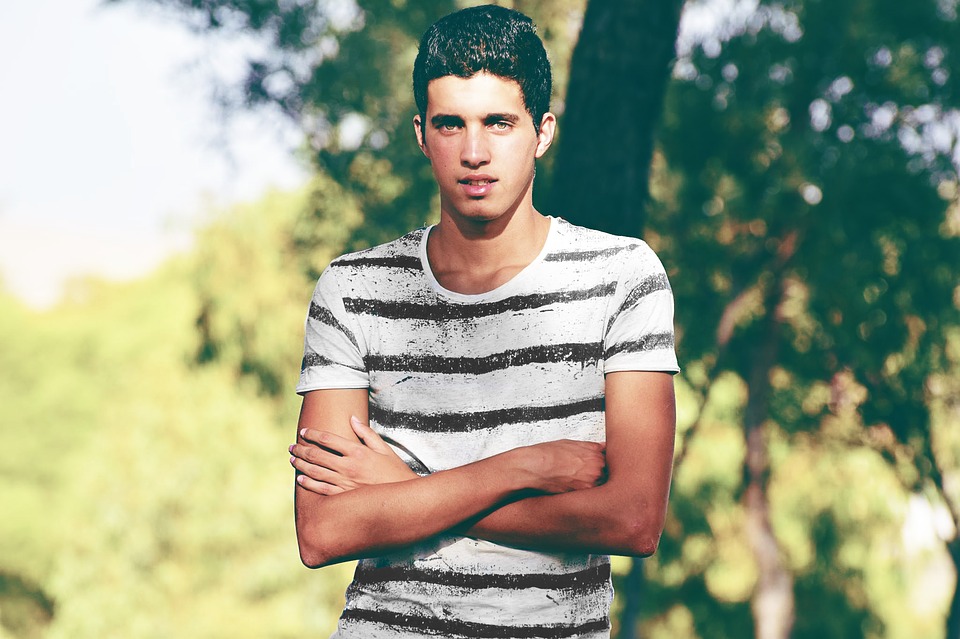 Here are a few steps you can take to create the right environment for your son to grow in his faith while he’s still living in your home.

I remember wrestling with the idea of having a personal faith for the first time.

I had grown up in a great church, had a high regard for the Bible, and was confident I was a Christian. But early in university I was accosted with the actuality that there are not just millions, but billions of people in the world who are not Christians. Did that mean they are all wrong? Or that I was wrong in my beliefs?  Or did it mean anything at all?

It was an important internal conversation that drove me to a really difficult question: “So am I a Christian simply because I followed what my parents believe?”

Yikes. Scary thought. Because there is no greater fear as a teen than the thought that you may have unknowingly become like your parents.

I realised that my faith had to be something I owned completely, not just an accidental parental spillover. Thus started the process of learning how to make my faith my own. It took a couple of messy years, and I’d do things differently if possible, but it was absolutely critical.

As you think of your teenage son, what is your greatest fear? Is it bodily injury? Sexual immorality? Dropping out? Addiction to drugs or alcohol? These are certainly legitimate concerns. But your greatest fear for him, and your greatest joy, needs to be centered on his spiritual growth. In the fourth verse of 3 John, it says, “I have no greater joy than to hear that my children are walking in the truth.”

So how do you help your teenage son make his faith his own while he’s in your home? Is that even possible? There are no guarantees this will happen under your watch, but there are a few steps you can take to create the right environment for him to grow.

“Oh, everyone knows you can’t trust that,” he said in an incredulous and dismissive tone.  “So let’s not even bring that into the conversation.” Notice that he wasn’t even able to say the word “Bible.”

“Well, if you’ll tolerate me just a little longer, and if you can be open minded enough, I’ll try to make a case as to why the Bible is actually reliable.”

This is one of the most common misconceptions about Christianity—that the Bible is an out-of-date book that has changed so much that no one can trust any of the words. I guarantee your son will encounter this argument in university, if he hasn’t already. So help strengthen his confidence in the Book that is the basis of everything Christians believe. Attend workshops, visit museums, read good books together … anything you can do to unpack solid historical evidence for the Bible. An easy place to start is Josh McDowell’s book, More Than a Carpenter. It’s short, and over 27 million copies in over 100 languages have been distributed—so the ideas in it have been tested.

But don’t just leave it there. Help him see that the Bible is not only historically reliable, but that it’s trustworthy for life. You really can base your life on it. Hebrews 4:12 says, “The word of God is living and active…” (emphasis added). It’s not just an ancient collection of accurate facts; it’s where true life is found.

I know a dad who became so burdened about this that he got some other dads together and started a weekly gathering with their sons. Over time that turned into the sons continuing to meet on their own for Bible study and accountability. They named their group the “Roof Crashers” (after the passage in Luke 5:17-26). Though these young men knew their dads were involved in forming this group, they began to see it as their own thing—they came to own it. But even they acknowledge it probably never would have started without the dads taking the initiative.

It’s easy to feel like you can’t do anything about his friends, but you can; and not in an authoritative way, “forbidding” him to be around certain friends—that can have the opposite effect. Instead, seek to bring good influences around your, limit the bad, and pray for wisdom.

Did they come to our home for the coffee and food? Partly. But the real reason was to know if what we believe really worked. Did it work at home? Did we really love each other, or were we just acting like it in public? So many of them had not seen marriage work.

Years later, none of them have come back to say, “Thanks so much for teaching me those Scriptures or that theological truth.” But on more than one occasion they’ve said, “Thanks for having me in your home.”

Given that one of the two greatest commandments in Scripture is to “love your neighbour as yourself,” and your closest neighbour is your spouse, I would make the case that marriage provides the greatest opportunity to teach your children about your faith. Because if you can’t live it out at home, they will likely wonder what the point is.

I often heard my mum say, “If you treat your wife half as well as your dad does, you’ll be a great husband.” Wow, what a testimony. So help your son make his faith his own by taking your wife out for a date. And then do it again next week, and the next … you get the idea.

So what are the key things a young man can do on a daily basis to help him grow in his spiritual life?

The most common spiritual habits are Bible study and prayer. Anything you can do to help promote and encourage the building of these disciplines will help your son make his faith his own. In university I read the book Disciplines of a Godly Man by Kent Hughes with two other close friends, and that book had a huge influence on each of us. Why not meet with your son once a week to read and talk through a chapter of that book? Maybe involve some other dads and their sons as well—and you’ll be helping them build a band of brothers (see #2) as a bonus.

I just took my son on a three-day canoe trip through the bush, and we had the best time. But it wouldn’t have happened unless I had been intentional to organise it. And that trip opened the door for us to have a weekly mentoring time together, something I’ve wanted to initiate for a while and felt the door finally opened.

You can’t force your son into a personal relationship with Christ, but you can take the initiative to do something to move him toward faith. Getting away for a weekend retreat is so important, and going through Passport2Purity® before his teen years and Passport2Identity™ during his teen years is an easy way to invest in his life.

My alcoholic friend needs to trust Christ to help him overcome his addiction, as the Bible clearly condemns addiction to alcohol; but he is wrong to base his salvation on his performance.

When you see someone being a legalist, help your son recognise what’s going on and point to the gospel. And if you see someone doing the opposite—rejecting God’s law and living without any biblical direction—point that out to your son as well. Help him fall in love with Jesus, not behaviour.

One way you can battle this is to make sure your kids know your love for them is not based on their performance. You certainly want to encourage and direct good behaviour, but don’t ever let them think you will love them more than you already do for hitting the game-winning shot or cleaning their room.

You can do this by saying it out loud, especially when they fail. Just simply say, “Son, I love you, and I want you to know that I’m proud of you for getting out there and trying.” And leave it at that. Don’t even add the “But you should have kept your elbow in on that shot.” No, just leave it alone. Let his coach handle that.

That was a powerful example for me. And it became even more powerful the first time he took me along. Look to create opportunities like this—feed the homeless, help a neighbour on a home project, help an older neighbour with yard work. It doesn’t take much.

Also help him learn the facts about your faith in an interesting way. This summer my son attended a camp where Josh McDowell brought in an ancient Bible manuscript and let him touch it. That’s real evidence of the trustworthiness of the Bible. Take him to museum displays (the Dead Sea Scrolls are often on tour in major museums, and there’s a forthcoming Museum of the Bible being built in Washington, D.C.). When you dig into the evidence, you’ll see it is staggering and reliable.

This is a long list of ideas and if you made it to this point, I want you to know I think you are a better Christian than those other guys. Oh wait … that’s legalism. Never mind.

It’s easy to feel like you can’t do anything to help your son grow in his faith, but you can do something. You really can. Pick just one thing from this article and begin to pray for God to open the door for you take action this week.

What to teach your disciple

Finishing study? So What's Next?

The Ultimate camp: Sports principals that bring you closer to God