Every year Student Life partners with a local church to survey a suburb, sharing the gospel to its residents and gaining valuable insight into the values and needs of the community. These partnerships are so helpful because those who want to hear more about Jesus, and anyone who decides to follow Christ, can be followed up by a member of a local church!

Below are a bunch of stories from students who went door-knocking during a Student Life conference. As you read through you’ll notice how encouraged these students were afterwards. From students who’d never shared the gospel before, to those who were experienced in evangelism; it is evident how faith-growing and encouraging door-knocking can be no matter our background. It’s also amazing how God can bring the gospel into the community through ordinary individuals, equipped with a simple tool, taking small but bold steps in faith!

There were a lot of families with children behind the first few doors we knocked on, so we left pamphlets as they didn’t have time to talk. As we were approaching another house, a drunk guy named Weston called out to us. We saw this as an opportunity to initiate a spiritual conversation. When we asked him how he described God, he replied Father, which was great! We tried to encourage him to elaborate, and he told us he knew everything.

We also learned Jesus is his “cuz” and his “bro”, but he couldn’t tell us much more than that. Talking with him was a good experience, even though he was drunk. It was an opportunity to talk to someone about Jesus who we wouldn’t usually approach.

After talking to Weston, we went over to the next street. The first house wasn’t as interested but we left her a pamphlet and wished her a good day.

At the second house we met with Peter, an elderly man in his early 80’s. It was really funny because half of our conversation was spent with a grill between us, as he had a security door. He had a lot to share, so there was a lot of nodding on our part as we tried to initiate a spiritual conversation. It was quite challenging not to start talking about controversial topics. It was quite a mission to bring the conversation back to the survey, but we eventually got there and learned about his Anglican roots. Before we dove deeper into the KGP booklet, we started asking different questions to gauge where he was at. After a lot more talking and nodding we eventually got into the KGP and started sharing the gospel with him. There were moments of tension regarding the truth of the Bible. Immaculate conception was one of the contentious topics, as he believed Mary was raped by Joseph. After getting over that hurdle of awkwardness we went through more of the KGP.

We got slammed in the face by a door as soon as we mentioned the word Christian, but every other conversation we had was really quite amazing.

Trusting God and boldly stepping out in faith, we got to share the gospel two times and had five people who were keen to hear more and be followed up by our partner church! My favourite part (other than sharing the gospel of course) was seeing my partner step out in boldness and the happiness and excitement he felt after, saying he couldn’t wait to try share himself!

We were invited inside one home by a 19 year old girl and proceeded to do the survey. We asked her the Kennedy question (How likely is it that you will go to heaven?) and she answered 0%, so we shared the gospel. She is 7th Day Adventist and went to church with her family but was still keen on hearing the gospel. We went through the gospel with her and answered the questions she had.

At the end, she said she wanted to be Jesus-directed and not self-directed, and prayed the sinner’s prayer with us. We asked her the Kennedy question again and she said 50%, so we went through how feelings of guilt don’t change the promises God made. She understood and we exchanged phone numbers.

We walked up to the house and the door was already open. Knocking on the door frame, we saw a child’s head pop out of the room opposite the door. We asked to see his mum, and he ran to get her.

Shayla, the mum, was really responsive to the gospel. What was crazy was how we saw signs of God preparing her heart. Just the night before, she had watched a movie called “the Revelation movie” which talked about God. While she had never heard much about God or Jesus before, she was very keen and curious to know more.

While she did not pray to receive Jesus at that moment, she said she was willing to do it alone, and even initiated in asking to keep the KGP! She’s looking forward to being contacted by the church.

We got turned down by almost every house we approached for various reasons – Christians who “knew it all already”, parents who had their hands full with kids, others who were just busy, and one house which had a sign saying “no religious callers”. 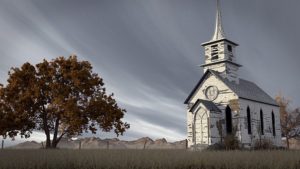 Our first approach to a house was a rejection, but after getting that first one out of the way we became more comfortable and confident in what we were doing and in making that initial approach.

The one person who actually wanted to go through the survey and KGP with us was a Christian who is leading a men’s ministry at a church. He was very welcoming and let us in. At the end he was really keen to hear about what we were doing and was encouraging, saying that he likes to help others get more practice. That made our afternoon!

This afternoon we were blessed with the opportunity to meet a Chinese girl. Before that, we had met many of the locals and were rejected one after the other. CK and I had been praying to hopefully meet a Chinese household so that I could speak in the language I am fluent in, as this was the first time I was sharing the gospel.

God answered our prayers and we were invited into Angela’s house, who is from Hong Kong. When she was young, she went to a Christian high school for a few years and had a decent understanding about Christianity. After coming to New Zealand and amidst working on her business, she had slowly left the church community and believed that God was someone you go to in desperate needs. But after spending the afternoon chatting, sharing our experiences of God and the gospel, she decided to recommit her life to Christ and ignite the desire to build up a relationship with God. Through this experience I was encouraged that God is real and listens to our prayers.

The first house on the street whose door we knocked on was empty. As we went to move on, we thought maybe there would be a house at the end of the driveway, so we walked through. There was an elderly Maori gentleman sitting outside in the yard smoking. His name was Henry.

He was happy to talk to us. Although we couldn’t quite understand what he was saying, and despite all his tangents, we got to hear about his childhood. He could recite his teachers’ values and his grades. He mentioned that he had a Christian background, but was currently not involved in any church. During our conversation, Rebecca asked the Kennedy question  to see how firm his faith was. He nailed it!

Remarkably, when we moved on and talked to his neighbour, he mentioned how Henry actually has a mental illness. Knowing Henry’s difficulty, and seeing that he was still able to clearly articulate his faith to answer the Kennedy question, we saw that God had worked in him, and pray that he will continue to mature in Christ.

I was sceptical about knocking on people’s doors, because that’s what Mormons and Jehovah’s Witnesses do. But God worked mightily and really encouraged me. As the “experienced sharer”, seeing Isabel leading someone to pray to receive Christ was amazing, as it was her first time ever sharing the gospel. I thank God for this day and bless Student Life in Jesus’ name.

We shared with an older woman called Robin. She was really chatty and we ended up talking to her for about 45 minutes. She wasn’t interested in having a personal relationship with God…but it seemed that she had never heard of her need to have a personal relationship with God. She mostly just believed that God exists and that people should be “good” so it was awesome to be able to share the gospel with her for the first time.

“As the door-knocking went on and no answers came, Chris and I felt quite discouraged, but we kept praying and asking God for open doors and conversations. After going through all the house numbers we’d been given and being rejected or having no answer, we went back to find a house that we’d missed, which didn’t have a letterbox. There we met Panara, a WINTEC student with a heart for seeking God. The interesting thing was that he wanted churches to share the gospel more with the community, and said he personally comes to God during low and difficult times. Though his walk wasn’t perfect, he still wanted to grow closer to God. We shared the KGP with him, and it was a good reminder for him of his faith, and we ended up praying for his upcoming exam and driving test.” – Angel

“After each rejection, Angel kept praying. I wasn’t sure if it was necessary, as we’d already prayed in the car. But she kept praying. In the end I realised this is important because sharing the gospel is not really by our power, but by Jesus’ power. Then God answered our prayers and he opened one house that we hadn’t checked, and we had a conversation with Panara. I realised that prayer is really important and in the midst of difficulties God wants us to keep communicating with him through prayer.” – Chris